If you listened to Episode 39 you will know that I have recently watched the 2014 Oscar winning film Selma. Yes, ok, I know it was released over a year ago, but well I’m a very busy gent! You know the score, things to do, people to see and all that. Anyway, Selma is a biodrama based on Martin Luther King’s campaign to gain equal voting rights for all American citizens by organising a march from Selma to Montgomery in Alabama 1965.

From a first watch, I drew a few similarities from Suffragette (which was reviewed in Episode 25), the 2015 film staring Carey Mulligan and Anne – Marie Duff. Both films draw heavily on their audiences emotions and you wouldn’t be human if you didn’t shed a tear at either of them.

I think I can safely say that most people know about Martin Luther King’s (MLK) fight for equality for all in America during the 1950’s and 1960’s. However after watching this film, I learnt a whole lot more. By 1964, America was progressing with desegregation, however there was still a lot to be done. Although African Americans were legally allowed to vote, the process they had to go through was astounding. They had to get what we now in todays language know as a referee to verify the person, however no African Americans were on the voting register, so couldn’t act as referees. This is when MLK focussed his attentions on Selma. 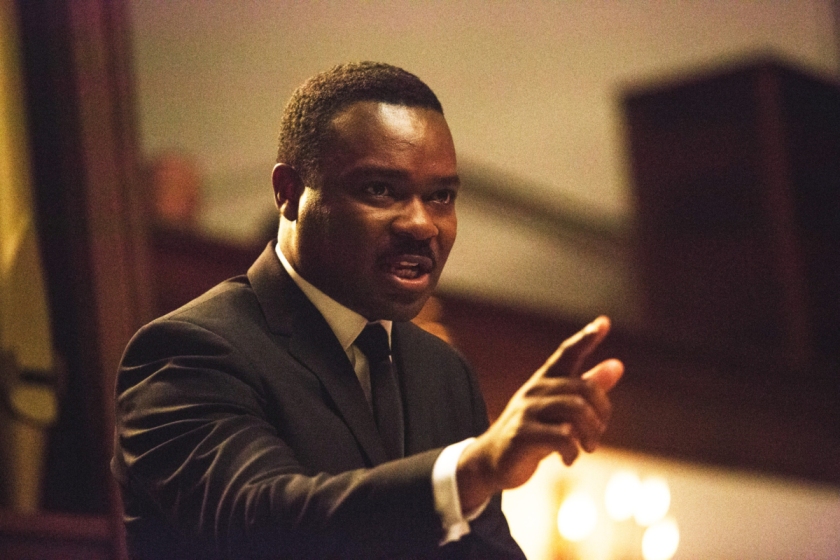 David Oyelowo’s portrayal of MLK was second to none. He captured the very essence of how King would have been feeling, so much so, when he was making one particular speech, I actually felt like I was watching Martin Luther King himself. The amount of self believe and confidence he had in his cause is remarkable, however, even he himself doubted from time to time whether what he was doing was really going to make a difference to American society.

Selma doesn’t shy away from showing the extent of violence that took place during the time, with one scene showing the beating of an elderly lady wanting to have her vote. It is these scenes that really do hammer home the pain that many people went through to get a right that we, in todays society, just take for granted.

Sometimes it is very easy to forget about how the world used to be. We go along with our daily lives thinking about what we are going to do in the future, not remembering how we have got here. The present day. If anything else, Selma really does make you stop, and think about the thousands of people that gave their lives so that we can live in a society we do today. The world isn’t perfect, far from it, but MLK and the African American Civil Rights Movement did a lot to make it a little more peaceful.

I would highly recommend that you take a look at this film if you haven’t already.