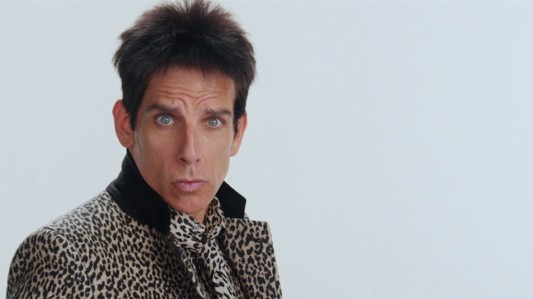 Earlier today, the first full trailer for Zoolander 2 was released and I have to say, I’m a lot more optimistic than I was when I first found out about this film. It was probably pretty inevitable that this was going to happen but, I think most people are at a point now where they hear that a film they liked years ago is getting a sequel or a reboot and immediately let out a sigh of exhaustion. I know I am.

It’s pretty rare that a late sequel like this will come out with people saying it’s as good as, or better than, the original. There are so many easy mistakes to make; the film is either trying too hard to recreate what it did years earlier, thinking that following that same formula will make it just as popular, or it’s just a piece of shit that only exists to squeeze money out of the title.

Saying that, after watching the trailer for Zoolander 2, I feel better about actually bothering to go and see it. The main issue these sequels usually has is that they either stray so far from what the original try to create and it becomes a slap in the face for fans of the franchise, or it imitates the orignial (as mentioned above). Whereas, Zoolander 2 looks like it’s going to strike a pretty good balance in that respect. It seems to be keeping the similar story line of the models incidentally being involved in stopping terrorist actions somehow, as well as them having their own superficial problems, but due to the change in the fashion industry over time, I’m pretty confident that there’s a lot of room for original material here.

I’m not saying that the trailer makes the film look especially great (not with the painfully transparent joke of putting Justin Bieber in the film just so they can kill him), it’s just made me observe that seeing as the original Zoolander wasn’t exactly a comedic masterpiece, as long as Zoolander 2 has funny jokes and solid performances from its well-established cast, I’m sure it can reach the level of ‘pretty good/guilty pleasure’ that its predecessor did. The trailer for Zoolander 2 is below.

Co-Creator, editor, writer & presenter for Film Night. My preferred film genre is Comedy and I also work as a Web Designer for two online shops: www.gardensandhomesdirect.co.uk www.christmastreesandlights.co.uk View all posts by Richie Withers

Listen to us on iTunes

Jack, Henry, Joe & Richie are friends from High School that share a love of film and taking the mick out of each other. Join them to dissect some of Hollywood's latest and have a good time doing it.